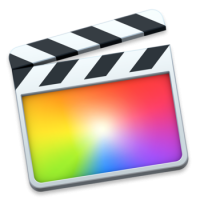 Final Cut Pro X is one of the most popular programs for editing and creating video from Apple. It is a comprehensive piece of software with a range of add-ons and specific Final Cut Pro plugins that can add even more features. We’re here to answer key questions on this software, its plugins, and other useful resources.

We’d also like to tell you more about our own revolutionary audio plugin. For more information on our products, you can view our final cut pro music here

1) Why choose Final Cut Pro in the first place?

Final Cut Pro is the industry standard for many editing projects, from television shows to internet videos. The software comes from Apple and can only be downloaded onto their OS. Using a Mac or a MacBook to access this software allows the user to edit video and create a polished product.

Apple has confirmed that downloads of the software now exceeds 2.5 million. When compared to other video editing software, we can assure you that Final Cut Pro offers many perks. It’s extremely user friendly, even given the huge array of features and different options. The magnetic timeline is an extremely powerful tool for editing, and new features like 360 Degree VR Editing allow you to stay ahead of the technology curve.

This software is one of the most popular for those creating promotional videos and even independent features films. It’s a professional product that is used in a range of different industries. Alongside the multitude of features that come with the software, there is also a vast range of third party Final Cut Pro plugins.

2) What are Final Cut Pro plugins?

Final Cut Pro plugins are designed to add new features and provide expanded options for you to take advantage of. Plugins tend to be visual in nature, such as added transitions, titles and effects. These elements give you more options for enhancing any project, and while the options that come with the software are expansive, there’s always room to add more elements to your creative process.

Final Cut Pro plugins are not just for advanced users either, they are easily integrated into the main program. It’s a simple process of downloading the plugin and then installing it within your existing system. This is a quick option for even the most intensive Final Cut Pro plugins, as they generally don’t take up much space on your hard drive.

They may have a categorisation that inserts the plugin into the relevant area, such as transitions or subtitles. These can then be accessed from the main menus and dragged into the relevant part of your project’s timeline. 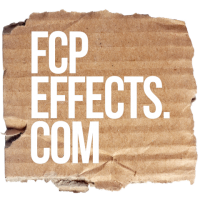 There are some free resources available, and FCP Effects is brilliant place to buy top quality effects-based plugins for Final Cut Pro. The majority of these plugins will impact or add visual effects to the process of course, and so you may well be wondering…

3) Are there any Final Cut Pro plugins for music?

For a long time, finding music for your film project meant either spending hours trawling royalty free music libraries for something suitable, and then experimenting to see whether it actually syncs up well or not, or it meant attempting to create high quality music from scratch to actually fit your project, something which requires a whole other skill set and a lot of musical talent to do effectively.

Not all of us have the time or skill set to use these options, which is why we at FCP Audio have created the world’s first musical plugin for Final Cut Pro. Our plugin aims to solve these problems quickly and enhance the creative process for those using the program. While there are many Final Cut Pro plugins for visual effects, our audio plugin is totally unique. Learn more about it here.

So how does it all work?

The FCP Audio Final Cut Pro Plugin provides users with a vast library of compositions. These are all high quality, royalty free and can be customised to fit in with a project. The library is also regularly updated, giving you more options, new genres and pieces to select from.

This plugin makes music accessible from the same place as your other effects and tools within the software. They’re full pieces which are mixed and mastered to the highest standard. Users can select short, medium and long arrangements to suit the length of the piece too.

The library also features individual musical parts, like bass, strings and drums. This gives you the option to rebuild the piece from the ground up to make it perfect for your project, ensuring beats happen in time with key edits – and not by ear, but by eye! Using the full composition for reference, you can control the length of the beginning middle and end of each piece. You can also insert breaks, drops, fills and other sonic variation to suit the pace and editing style of your film.

This is an in depth tool that has the potential to add bespoke, custom music to a range of projects. It’s all at your fingertips!

4) Why is this type of customisable music so important for video?

Not only does this plugin save valuable time and effort, it also gives you a better and more professional end product. You have access to select or create music that syncs perfectly with each aspect of the project, rather than music that only vaguely matches the tone and pace.

Selecting from an online library of royalty free music will likely mean that you end up with something pretty generic. You’ll spent hours looking before finally selecting a track that you hope will suit your project. However, if it doesn’t match the pace, tone and transitions exactly, it simply won’t resonate with your user or do justice to the work you’ve done visually in the same way as with something more bespoke.

Creating real synergy between the film footage and the music means greater engagement for the viewer through more dynamic pacing, and more impactful transitions.

This kind of adaptable soundtrack makes the overall project more dynamic, can speed up the action, create greater tension, or a better atmosphere.

All of the most famous cinema classics utilise a perfectly scored soundtrack, tailored for every scene and key edit. Take tips from the masters, and create video with a soundtrack that really works.

Do viewers really notice the music?

Viewers may not always consciously notice the soundtrack, but they will subconsciously be aware of its impact. This acts as another way for the creator to communicate with viewers, as well as what’s taking place on the screen. Well crafted soundtracks allow the viewer to anticipate what’s coming next and feel the emotions that are associated with on screen actions more deeply.

According to Cinema Sound, the audio of a piece contributes to up to 80% of the audience impact. Watching trailers without sound shows how much this contributes to the feel of the piece. There have been a number of studies into the horror genre, which shows that key scenes are considered significantly less scary and impactful with a lack of or ineffective music. While this is an extreme example, it does show the power of the score.

Another important point, is that music that was clearly constructed specifically for your footage, communicates to the viewer on an unconscious level a sense that this whole project is a higher value offering because the assumptions will be that the filmmaker paid for original music.

Hitting all the right notes with a viewer leads to more immersion. Whether the video is to promote a product or simply to entertain, the more immersed they are, the better. The greater level of enjoyment allows them to identify with the character or brand, leaving the scenes with them for longer. We’ve seen this played out in mainstream cinema and top level TV advertising time and again, so it’s a concept that has been evidenced many times.

Now you know why this kind of tailored audio is so important, you can see just why we’re so proud of having created the first Final Cut music plugin and just how powerful it can be.

5) Can I try the FCP Audio plugin before I buy?

Yes, you can! We’re so confident you’ll love our plugin that we allow users to try it for free. We’re proud of our FCP Audio plugin and we want you to be able to experience it for yourself before you make your purchase. This allows you to have full confidence in how this plugin can help you and your next project.

The plugin is intuitive and it won’t take long for you to get to grips with how to use it. We also provide tutorials to help you to get started. We’re confident that after experimenting with this revolutionary new plugin, you’ll soon be back for more. Simply complete the form on the right to get started today.

See what our customers are saying. 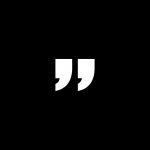 “I would encourage other schools and colleges in the USA to use FCP Audio, because it’s simple to install and use, and the value is phenomenal. You’re not just getting the music track, you’re getting all the elements that make the track so you can make different tracks or versions for the price of one track. You can’t beat that.”

“Using FCP Audio and their music has made my editing workflow so much easier, Thank you”

I think FCP Audio is “top of the bill”. I already used FCP Effects and was made aware of your site, GREAT!!
I always suffered from “copyright issues” on YouTube but now, with your music, I can do what I want.
Please continue to make audio-plugins of this great quality!

“I strongly urge anyone who wants to feel like John Williams for a day visit Final Cut Pro Audio and have a listen at some of their various different creations and templates, all of which is customisable when you download!”

“WOW just WOW, I love the way I choose how long the track ends up keeping the same flavour throughout my project, Awesome!”

“FCP Audio make it very easy for me to preview the songs in FCPX and decide which track I want to use, then build the track around my video. Normally I would edit my video to the track, but now, I can control the feeland direction, well done FCP Audio.”

“Being able to edit to the beat with the built in click track is amazing. My clients like a quick edit fast paced and this makes my editing so much quicker.”

If you have other questions about our unique Final Cut Pro Plugin, please get in touch now.

TRY IT BEFORE YOU BUY IT WITH THE ‘UNTOUCHABLE’ TRACK, DELIVERED TO YOUR INBOX FOR FREE