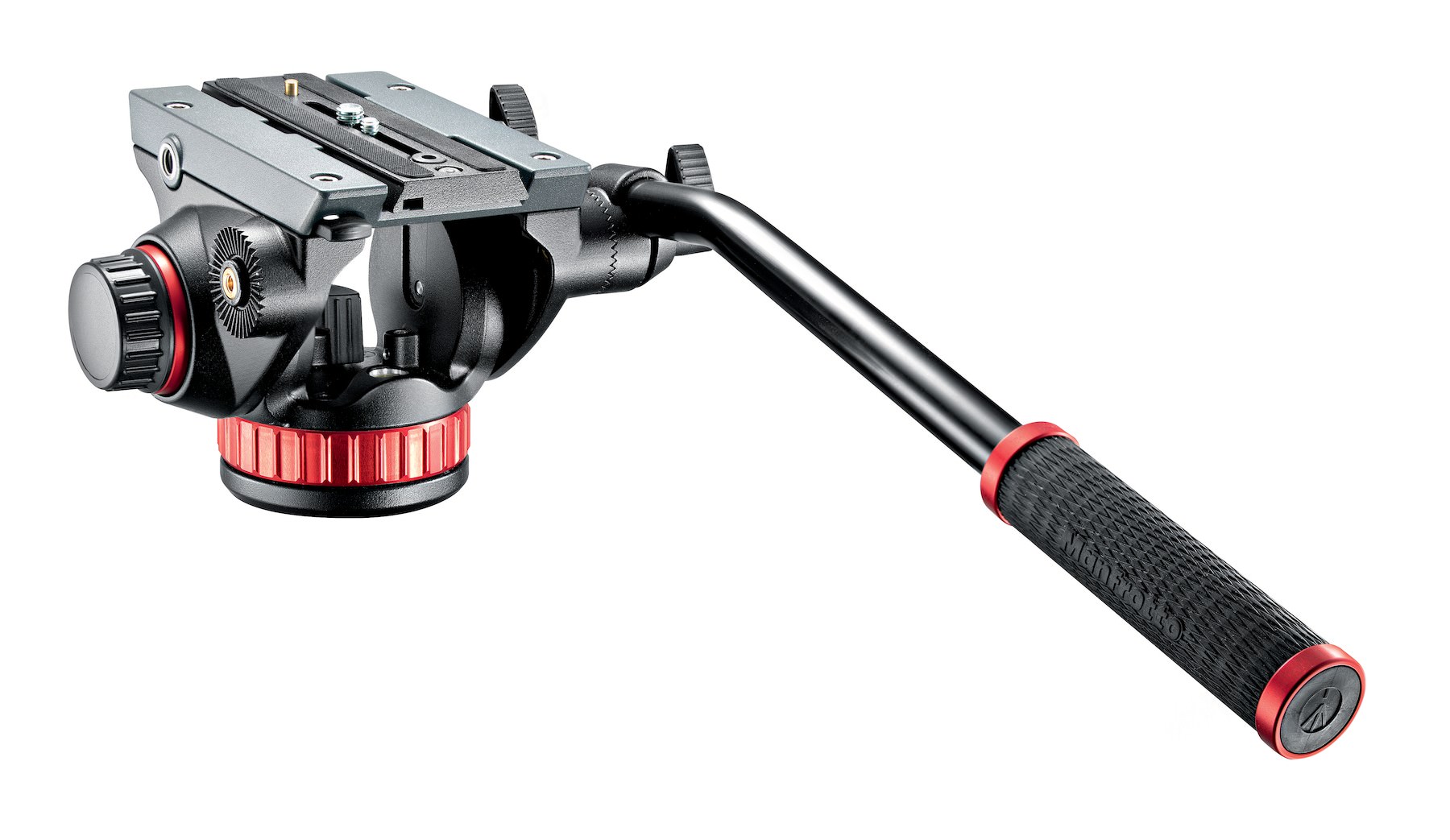 First of all, at the recent NAB 2018, Manfrotto amazed everyone with the unveiling of their new Befree tripod range. The most talked about and revered was their new fluid head for the Manfrotto video tripod. The fluid head allows free range of motion.

As a result, users can stably turn the camera with great ease when shooting. In addition, the whole kit has some interesting new features which I will be covering below. It seems like Manfrotto may have created their most lightweight and durable tripod yet. Consequently, users now have the opportunity to carry their gear with them where ever they go. The total price of the Befree tripod kit is around $239.99.

The Manfrotto video tripod has many new and cool features for avid filmmakers and photographers to experiment with. The Befree tripod range is designed to allow ease of filming. In addition, the two leg angles, special film grip rubber leg warmers and a Fluid Drag system are all valuable assets.

Manfrotto have therefore emphasised the appeal of taking the tripod with you anywhere you go. The leg locks and frame are made of durable aluminium and the head has been produced to high quality Italian standards. Furthermore, the whole thing only weighs an astonishing 1.64kg, allowing users the portability they require when shooting on the move.

The clever technology behind the levelling system gives users a perfect horizontal position and line-up in seconds. Another neat feature is that the video head has support when in use. It can be folded away and fit inside the legs for protection. The portability is probably of highest appeal to the travellers among us. The tripod is sturdy and folds down from 150cm to 40cm.

Consequently, consumers can find and experiment with the kit that’s right for them and their photographic and filmmaking needs. Manfrotto are an established brand with photographers already, who love to take their tripods everywhere with them. They are high quality, light, strong and portable. It seems like everything you could need from a tripod in my opinion.

The brand-new Fluid Head can be purchased separately for the Manfrotto video tripod. Their new Fluid Drag system allows for smoother movement, henceforth making pans and tilts flow more easily. The head can be used on the entire Befree range as well as their established 40mm disk diameter tripod. Consequently, users can attach and detach with ease, thanks to the Video Sliding plate and the 3/8” adapter to mount your camera.

Manfrotto also unveiled a new video tripod edition. Specifically designed for the Sony a7s and other a9 series mirrorless cameras. The Befree Live Sony Alpha edition comes with lever and twist options and they are tailored specifically for use with Sony cameras. They are retailed at around $189.99. In addition, Sony are a widely used brand of camera and can now be paired with one of the biggest names in tripod development: Manfrotto.

Manfrotto are well-know for their sleek Italian designs and strong, lightweight tripods. The new Befree collection however, pushes the brand further into a higher calibre range of products. As a result, they are offering freedom and sustainability when it comes to filmmaking.

If so then head straight over to our ‘SoundStack’ page and browse our library. We offer customisable Royalty Free music. It is probably best to watch our step by step tutorials here first.